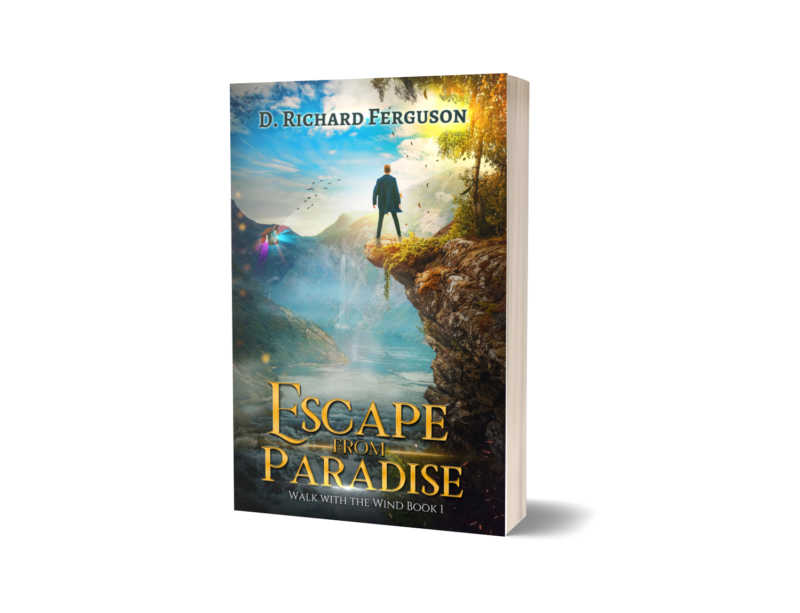 He lives in a paradise. He can do what he wants. But he’s not free.

Stranded in a strange new country, Adam discovers an alluring paradise where he builds a new life. But when his world begins to crumble around him, a chance encounter with a strange little girl changes everything. She claims the paradise isn’t what it appears and if Adam follows her to the high country, he can finally find his way home.

Should he trust her and leave everything behind? Or is she luring him into a deadly trap? Join Adam on his perilous journey as the stakes ramp up with each new twist.

An inspirational and emotionally-gripping novel of faith, courage, and restoration, Escape From Paradise is a spiritually-driven Action-Adventure Allegory, a theological detective story about to receive power from God to transform desires and restore joy.

If you like stories that open windows of insight into God’s Word, you’ll love Escape from Paradise.

Order your copy today and prepare to be thrilled, moved, and changed.

Endorsements
Loved it! 😍 Escape from Paradise is an immediately engaging Christian allegory with complex, realistic characters in an imaginative danger-filled world. From the moment Adam emerges from the pond, lost and alone, to his encounter with Kailyn as he sits outside the golden city contemplating his despair, I was immersed into a world fraught with enticing lies and fleeting truths. As each faction seeks to exert control over the land and sway Adam to their side, I was pulled into the struggle with him. Adam's reactions, emotions, and confusion are well-drawn and true-to-life. I saw the world through Adam's eyes and experienced his doubt and longing. I was torn between the easy, but unfulfilling life of the city and the difficult path to the cottage and banquet hall. His fears, his desires have been mine at one point or another. There was never a point where I thought I could put the book down and walk away. The world pulled me back. I enjoyed the maps and descriptions of the high and low country and the forces that rule each. The "Great Ones" or "little ones" were intriguing as were the roaming packs of animals and the mystery of the bodies. The author's plotting is consistent and includes a wonderful push-pull of obstacles and wins versus defeats. The story is never too depressing, nor too optimistic. As Goldilocks would say, "It's just right!" If you enjoy complex characters navigating a story fraught with twists and turns that has a deeper spiritual meaning, then you'll love D. Richard Ferguson's Escape from Paradise.
– Rebecca Reed
* Oh my goodness! I'm on page 406 and am still riveted. What a page turner! I am pausing also to ask the Lord to speak to my heart. Fabulous book!
* In "Escape from Paradise," you'll be transported into a new, multi-faceted world that will resonate with the universal aspects of the Christian faith journey. You'll be reminded that we are part of an epic daily battle as we navigate the challenges of life on our way home to the Father. With delectable allegorical parallels, the author shares the adventures of Adam and his other characters to skillfully evoke empathy while revealing Biblical truths in both an engaging and refreshing way.
* The Lord is already using it in beautiful ways to speak truth to my heart.
* I had to force myself to put it away last night just so I could sleep. The style and story development remind me of Perelandra.
* Cinematic!
Other Books in "Walk with the Wind" 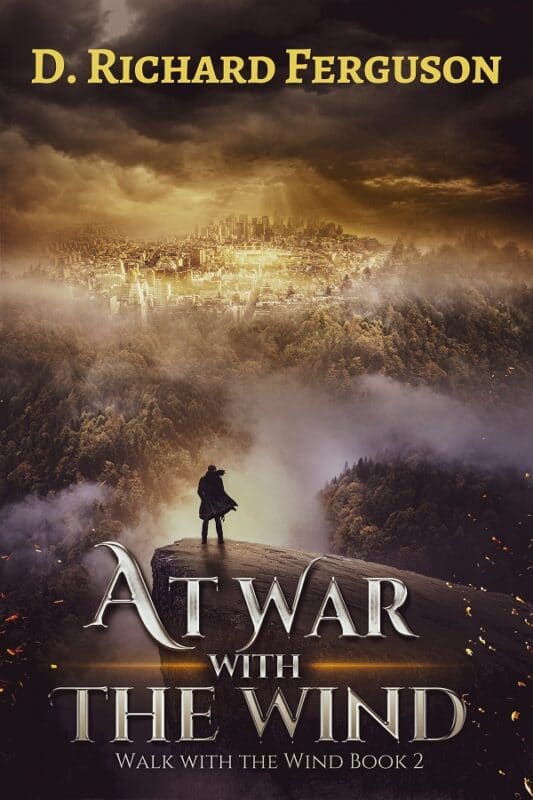 At War with the Wind: The Fight for Abigail
Preview
View Book Sample
Order Now

About the Book
Purchase Audiobook (Chirp) Purchase Audiobook (Google PLay)
Audio Book Resources
Share
Facebook Twitter Google+
Disclosure of Material Connection: Some of the links in the page above are "affiliate links." This means if you click on the link and purchase the item, I will receive an affiliate commission. I am disclosing this in accordance with the Federal Trade Commission's 16 CFR, Part 255: "Guides Concerning the Use of Endorsements and Testimonials in Advertising."